See below and Go to HOME page to Pre-register

Linda Ann Farmer Harris, 75, went to be with her Lord Jesus Christ on Tuesday, July 26, 2022 at the Ponca City Nursing Home & Rehab, Ponca City, Oklahoma, after an intense battle with pancreatic cancer.

Lin was born in Piggot, Arkansas on May 8, 1947, to Elbert Ray and Mildred Bernice Linzy Farmer. She lived her childhood and teenage years in Lovington, New Mexico where she met and married Jerry Albert Harris on August 18, 1966.

After graduating college with a degree in journalism, Lin pursued a longtime career as a Nationally Certified Interpreter for the deaf and in later years working at Southwest Educational Development Labs in Austin, Texas. She retired in 2002 and focused her energies fulltime on her passion…that of writing.

Lin began writing stories in junior high school with cowgirl heroines and horse heroes. By high school she was publishing in Seventeen and Teenager’s Ingénue magazines, and her heroes were cowboys. Lin was a multi-published, multi-award-winning author of multiple books and co-founded and served in various offices in several writers’ groups in various states. In recent years, she edited fiction and non-fiction for Elk Lake Publishing, Inc., and for several freelance writers. Lin was a valued member of several writer’s groups.

She was able to serve briefly as Vice-President of San Gabriel Writer’s League this year before her illness took a turn for the worse. Lin also presented or co-presented a couple of talks to the group during the past two years. She always had writing wisdom to share as a member of the SGWL audience at other talks.

Her relationship with Jesus Christ began in 1955 when she gave her life to Him. She was always active in church in the cities where she lived, most recently, Freewill Baptist Church in Ponca City.

Lin will always be remembered and honored by family, friends and fellow authors who knew her as a generous, loving spirit, always willing to go the extra mile and give the extra portion of her time and talent in helping others without thought of reward or recompense. She truly exemplified her Christian principles to others throughout her daily life. She will be greatly missed.

Per Lin’s request, a memorial service will not be held.   Lin asked that in honor and memory of her dedication to others and family, give the gift of yourself, your time and talents to those around you.

Member Bob Holt’s second novel, Firebird, was launched into the teeth of the pandemic in 2021.

It was awarded Honorable Mention, First In Category, in Literary and Contemporary Fiction by the Chanticleer International Book Awards in Bellingham, Washington in 2021.  The book is also getting significant interest in Los Angeles for both movies and a potential television series. 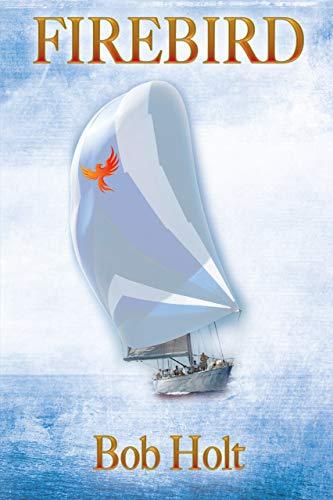